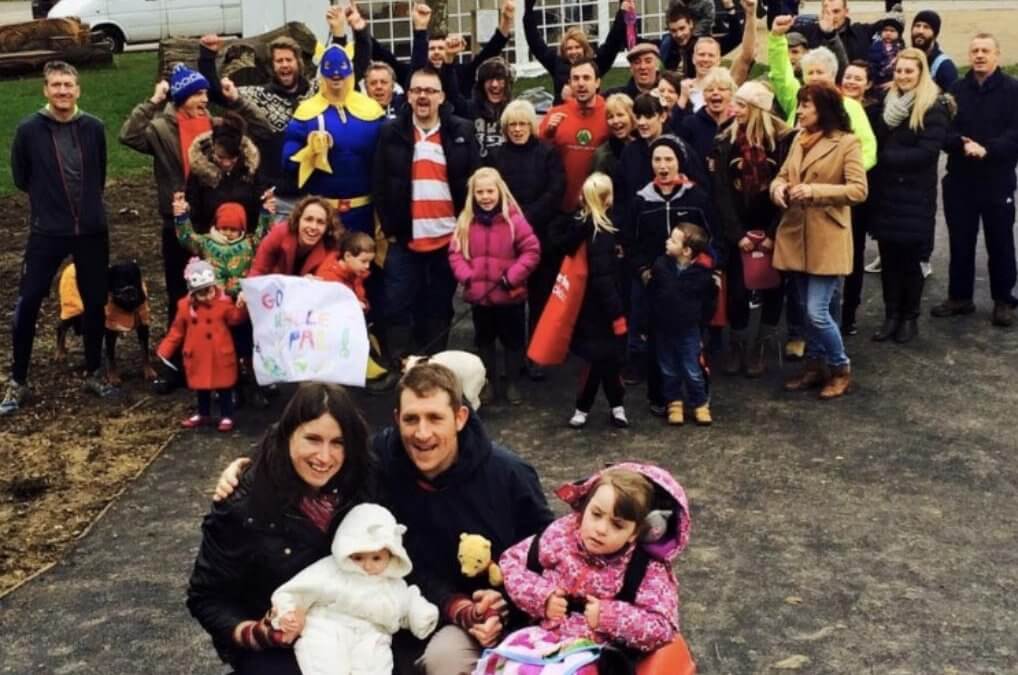 When it comes to fundraising, if you want to get people to donate to a cause, you must give them a story.

Five years ago, after I set up Superhero foundation, a family got in touch who had a seven-year-old daughter, Charlotte, with cerebral palsy. She could have an operation in America that would keep her pain free and enable her to walk. They had managed to raise £20,000 themselves but needed £20,000 more to be able to get her the operation she needed, and they got in touch really needing help to raise the rest of the money.

I went over to meet them and they were such a warm and friendly family – I went in and her dad, James said ‘beer or coffee?’. I sat in their home and chatted with them and asked them ‘so, who wants to be a superhero?’ – both parents pointed at each other!

So I then asked who fancied a challenge, and her dad said he had done all his life – I said ‘well, if you walk up and down our local Robinswood hill 75 times, that will be the equivalent of Mount Everest – that’s a challenge! What do you think? James looked terrified and his wife Kate said, ‘you will bloody will well do it!’.

One month later, there we were- he had begun his challenge walking up and down the hill to raise funds for the operation.

20 hours in, he came down to the tent crying his eyes out – I asked him what was wrong. He said, ‘my knee is gone I just can’t take another step’. I knew then I had to give him a story to motivate him.

I told him about a chap called Terry Fox, who, in the 1980’s ran across Canada with cancer in one leg – I launched into this story to inspire James, I really homed in on this incredible achievement as focused on Terry Fox’s knee that was amputated, and James turned round to me and said ‘what, he ran with a stump all the way across Canada?’. So, I said ‘yes he did’ (I thought it would be best to miss out the part where he died whilst doing the run!). He got up and hobbled back up on. Another 20 hours passed (40 in total) and he had started puking and was struggling to stand up.

At this point I asked his wife what food he wanted most and she said, ‘a McDonalds!’. So, something that wasn’t in the game plan from day one, we gave him an hour and a half sleep, then when he woke up, we filled him with three Big Macs!

For this next stint of walking, to help motivate him, I read out a recent message that popped up on social media, it read ‘c’mon James you’ve got this, every step you take is a step closer to your daughter being able to walk’. By this point, BBC Radio Gloucestershire were there, and he said, ‘I just have to do this for my family’. The story eventually went national and hundreds of people had turned up to support and donate to Charlotte. One grandad had even brought along all of his copper pennies he had been saving for 15 years in a huge jar! 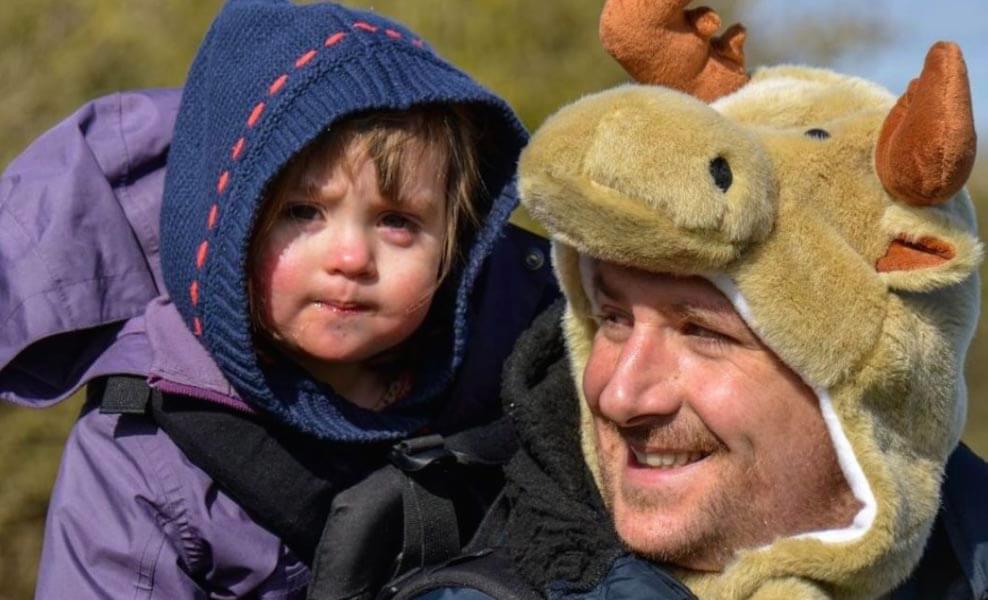 With 10 summits to go out of the 75 his knees were really bad, so bad that he had started walking backwards down the hill because of the pain. We didn’t know if he was going to make it so again to help motivate him, we had made posters counting down 10,9,8,7 and put them hanging up on the marquee so he had to rip each one down as he went along (trying to make it visual for him we felt would help). 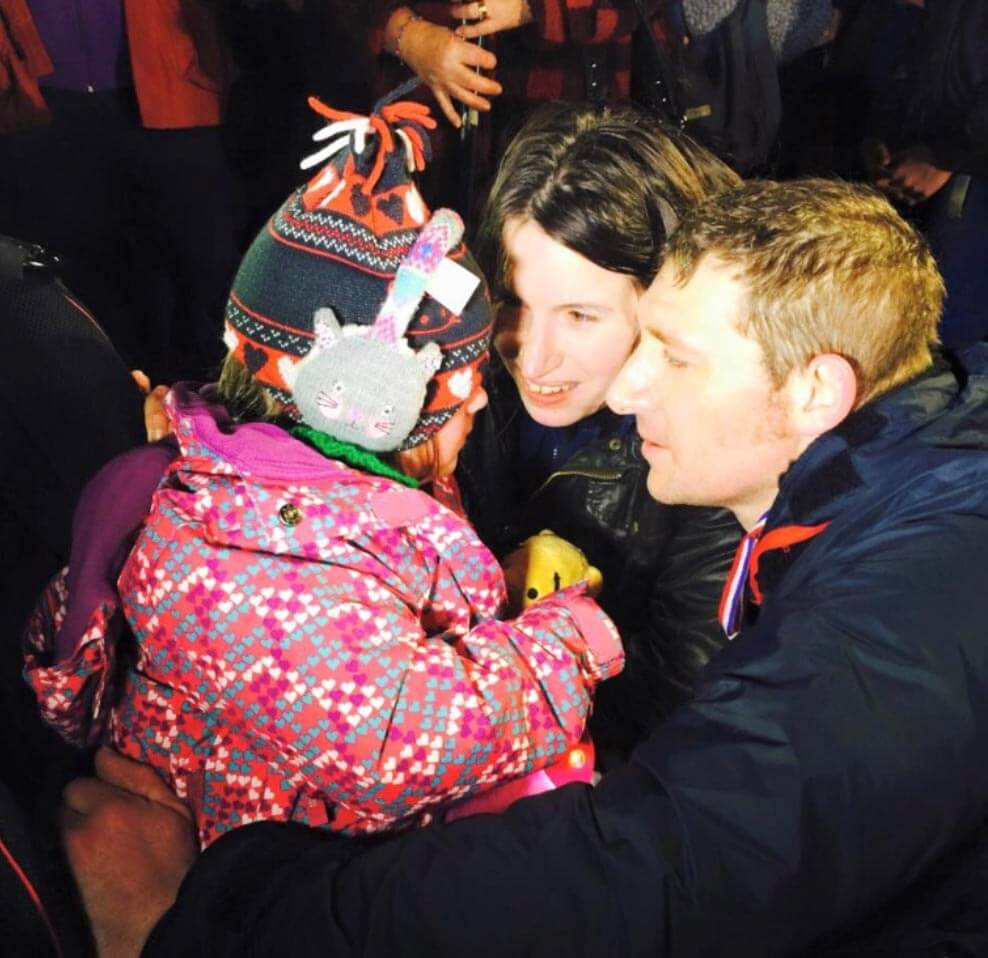 By the time we had got to 4 left to go – now just bare in mind that James is a quiet humble guy – he ripped it off the marquee and he roared ‘c’mon’ then he ate the piece of paper with the number on it! Everyone was like, ‘what the hell is going on?’ After this he started to run and know one could keep up with him. We joined him on his final summit, and I told him ‘Right James, you have now conquered Mount Everest and you’ve hit over £20,000 in fundraising, your daughter will get her operation and she will be walking for the rest of her life’. We had tucked Charlotte behind the crowd and when he got to it she was there holding the last number – the number 1 sign! We set off fireworks when he reached her, there were hugs and happy tears and that was the start of Superhero Foundation!

The point of this, is that if people are going to give – give them a story. As an inspirational speaker, this is one of the skills I picked up on, sharing a good story is the secret ingredient to inspire others to give and donate.