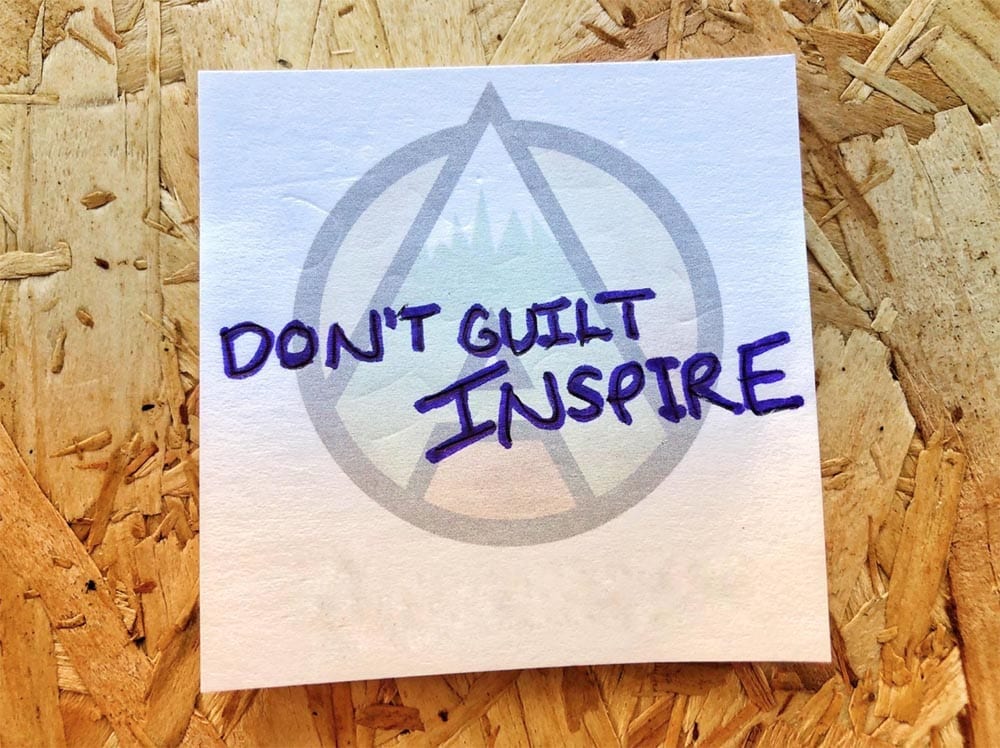 ‘Guilt’ you say? Now I’m not talking about the kind of guilt when you’re trying to force feed your friend Cadbury’s chocolates just to make yourself feel a little better for being a chocolate monster.

What I’m actually talking about is that when you ask people to donate, are you ‘guilting’ them, or ‘inspiring’ them to do so?

There’s a pretty big difference and if you can get this down-pat, not only will you get more donations for your cause, you’ll create a ripple effect (like a pebble into a pond) that will touch so many people, you’ll either a) Get then fundraising for your cause or b) You’ll get them fundraising for another cause that they believe in. With either a) or b), you’ll be quite literally changing the world.

That’s the ‘inspire’ me part kicking in. You know, that kick that hits you right up the bum and springs you forward whether you like it or not! That’s what you’ll be giving people.

Last week, I was watching the telly and an ad came on about children in Africa starving with hunger. It showed them with pot bellies, warts and all. It was difficult viewing. Subconsciously, I grabbed the remote control to turn over.

Then I had another wave of guilt and wondered ‘am I a bad person?’ Please don’t answer that by the way!

Seriously though, why did I not want to donate? Why did I switch off?

One reason: the guilt was just too much for me to take

Years ago, those exact ads and stories did provoke the right emotions to get me donating. But now they don’t, they do the opposite. Why?

Personally, I don’t want to feel those negative emotions anymore, and I’d like to think that the rest of the world doesn’t want to either.

We want to ‘feel good’ and be part of something special.

That’s not to say ‘guilting’ doesn’t work to get a donation, it absolutely works but here’s where we get to the juicy bits on getting the exact same outcome (ie donation) and in fact, I think we’ll end up getting more than what we bargained for. As I said, anyone that’s asking for a donation is trying to change the world for the better, after all.

So let’s stick with the same ad, but we’ll give it a little tweak so we go along the lines of ‘inspiring’ people to give.

In fact, let’s try something right now, close your eyes for two minute and see if you can come up with an idea and think of an ad, with starving African children, that inspires people to donate.

How’d you get on? Anything creative pop up in your brain? Ah, it might not have worked, who knows what was going on in your brain, I probably shouldn’t ask!

So, now let’s imagine the new ad, picture children (not starving) instead planting crops themselves, whilst smiling and laughing with their families. As the ad continues, now suddenly there’s volunteers out there, with the children, supporting.

Are you starting to paint a picture? With that type of advert you’d not only get the donation you wanted, but there could be another spin off and people may get in touch to volunteer. Or, if nothing else, they’ve just watched a beautiful inspiring video that’s now squirrelled away in our precious brains, like a seed of a plant and who knows when that will grow and flourish and ‘kick into action!’

One last thing, please know I’m not trying to shy away from the ‘need’ of the cause. There’s children out there, who really have struggles in finding food, and that needs to be shared, but for the greater good of the charity world, if we focus on the inspirational side of giving, it will multiple in more ways than we can possibly imagine.

So let’s put it into our brains, quite literally if we have to: don’t guilt, inspire. 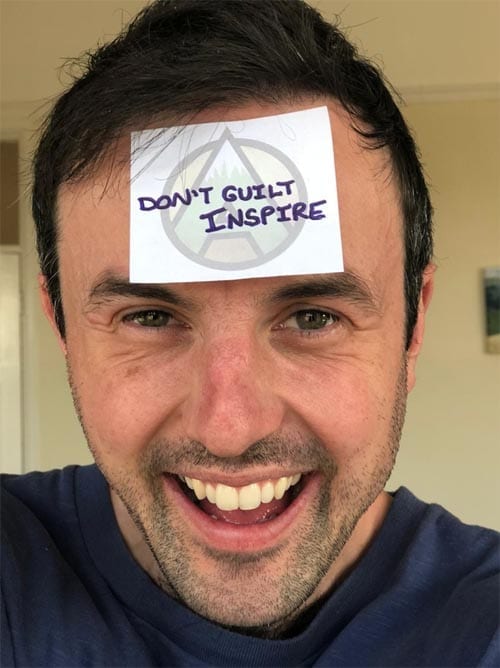