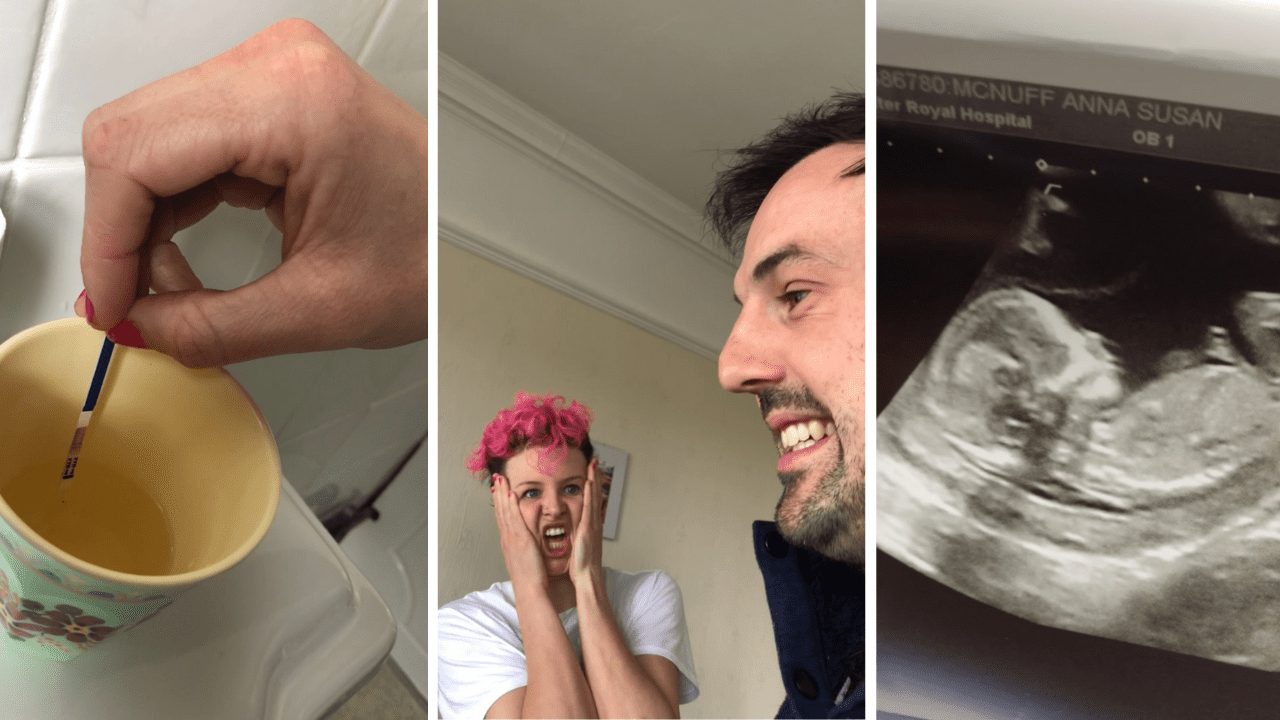 “I’m not sure I trust these tests, they were the cheapest ones I could buy” Anna said as she had the pregnancy stick in her hand.

She continued, “You wanna watch me dunk this in wee?”

“Alright, dunk it in” I replied.

Anna was now doing our very first pregnancy test and I’m not going to lie, I was shaking like a leaf.

The thought of being a Dad was absolutely terrifying and totally amazing, all mixed together. That muddle of feelings reminded me of my work as a motivational speaker.  That moment right before you hit the stage and you’re as nervous as hell but also full of anticipation and you just can’t wait for it to happen.

As I was watching Anna, I noticed her pee was very clear, it was good to know that she was keeping hydrated! That’s my girl!

So that was the third test with two lines. I thought, that’s all three of tests saying the same thing. It was clear that I was in shock. We both laughed, nervously.

Anna carried on “I’m gonna have to buy a different brand of test though, cause I’m not sure I trust the cheaper brand but these are all saying I’m preggers. It’s going to be a Coronavirus baby!  You know we’re gonna have to call this baby Hope.”

We were getting cautiously excited but we weren’t 100% sure we should be just yet. Then Anna looked at me and shouted “Super sperm!

It was all pretty bonkers really.  As if the tests were right and Anna was actually pregnant at this point, it would mean that when she took the contraceptive stick out of her arm and we hit her first fertility cycle (I still can’t believe an app exists for this), our first ‘try’ would have been when we conceived.

So if this was true, then I’M A MAAAAAN!  A real MAAAAAAAAAN!

Still in disbelief, Anna went off to get a more expensive pregnancy test – as we figured when it comes to pregnancy tests surely the pricier they are the more reliable they are?! An hour went by and Anna was back in the toilet with the fourth test.

It wasn’t long before I heard a scream from the toilet.  Anna came running up to me and stuck this posh electronic device right up to my eyes and it read: ‘PREGNANT’.

I just had to double check “That one’s not lying is it?!” I said.

Anna replied “This one can’t be a dodgy test. It’s definitely not lying…….. Are you ready to have a baby?”

I felt a look of amazement rush over my face.  All I could say was “It’s actually happening. Wow! We’re gonna have a baby!”

We gave each other a massive hug and I felt the warmth of pure love, love that felt greater than us.

Later that day we decided to only tell our parents the good news and yes, my Mum, soon to be a Nan, went off her nut!

After six weeks had passed, we noticed that Anna’s belly hadn’t changed much, so we used an app to reassure us and it showed what the baby looked like and well, weirdly it looked like an alien! I know freaky! Apparently it’s only the size of a sesame seed, so we’ll let it off for looking like an alien! 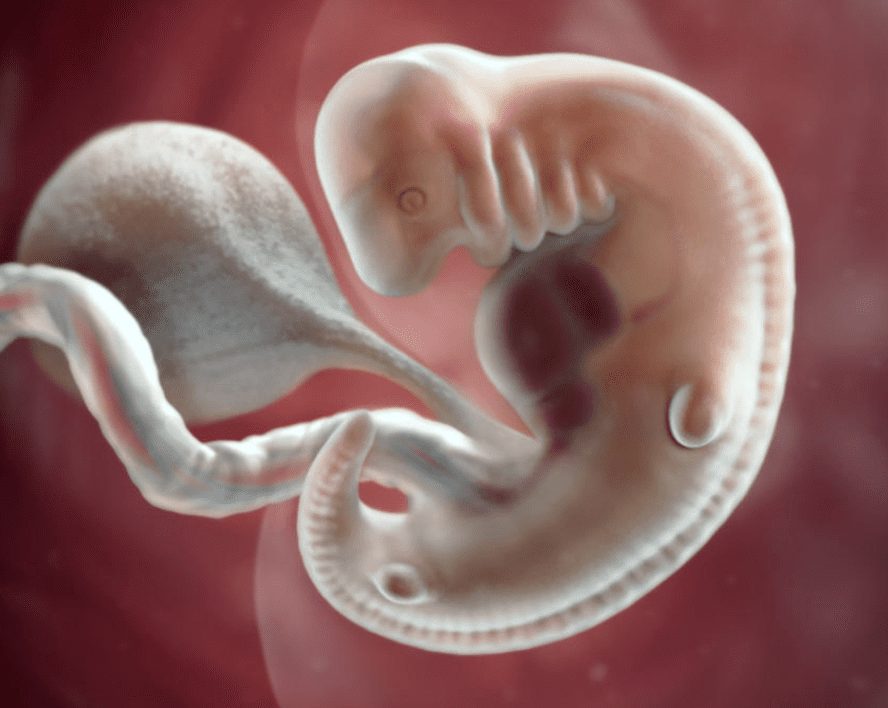 After three months, Anna’s belly got much bigger and it was time to visit Gloucester Royal Hospital for the baby scan.

Walking inside the hospital Anna said “I really don’t like hospitals. I hate them. Every time I come into one, it just gives me the willies.”

“Well, especially during Coronavirus.” I replied, whilst we looked around at everyone wearing masks. It was pretty spooky.

Eventually, we made it to the reception of the ultrasound department and that’s when we realised I wasn’t going to be able to be by her side for the scan.  Because of the virus, only one person was allowed in the room. I felt pretty gutted to be honest

Keeping positive, Anna put her mask on and said “Look, I’m a ninja!” Which cheered me up no end!

Whilst I was sat in the waiting area, she sent me a WhatsApp message as the appointment was going on longer than we’d expected it to. It read ‘The nurse is finding it hard to scan our baby. It turns out the little McNugget is a right fidget pants!’

All I could think of was ‘fidgety pants’ that really does sound like our genes, doesn’t it?!

Shortly after Anna came out holding the scan in her hand. We jumped into the car to share the moment of looking at it together in private.

Looking at it for the first time totally blew me away.

Anna then said “I wish you’d been there, honestly, it was amazing. You could see the arms, the legs, even the little hands.”

Whilst Anna was chatting away excitedly, I was staring at the scan mesmerised.  I then announced “I mean, that actually looks like a baby. There’s his schnoz! A massive schnoz!”

The baby had a massive nose just like me and I couldn’t have been prouder! Then Anna corrected me “that’s his umbilical cord you’re looking at, stop being silly!”

After we drove back to our flat it began to sink in and it felt so real; Anna and I are already adventurers, motivational speakers, and now way more importantly, a soon-to-be Mum and Dad.

I’d say that’s probably going to be the greatest adventure of all!

It’s pretty insane but since we shared this video on Facebook, it’s been watched by over a million people (totally crazy), so here’s that video too, check out the comments, they’re so lovely and supportive – we really couldn’t be happier. As always, thank you so much for all the support. Big love, Jamie and Anna x