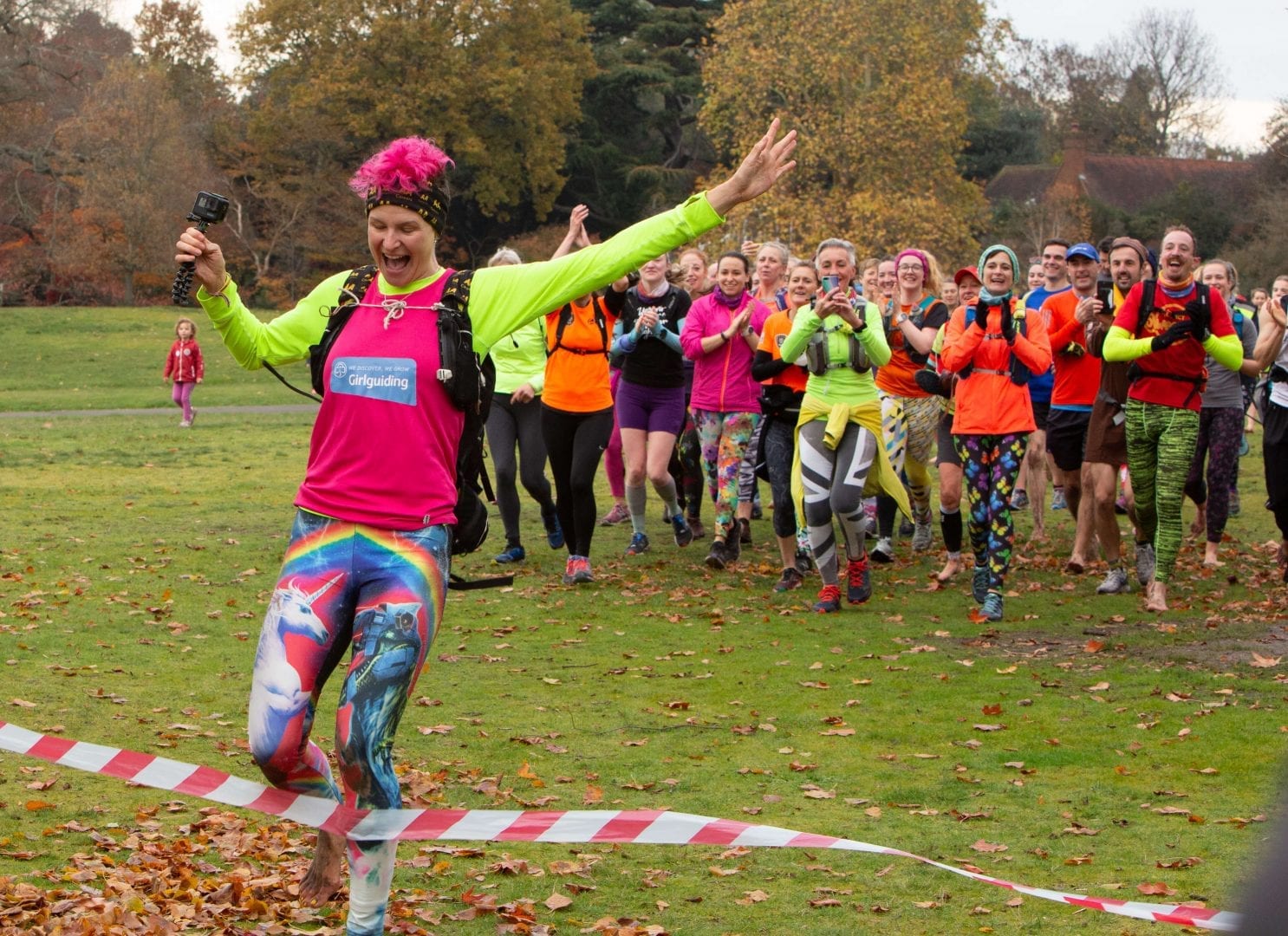 Rather than reel off those words like a cheesy New Years resolution (it’s easy too write words), I’d like you to watch a vlog I made recently and actually re-live the final day of my partner in crime, Anna McNuff’s, barefoot Britain adventure.

She makes me look like a giant wussy. I mean ‘running across America with shoes? PATHETIC!’

Anyhow, I’m waffling as usual… here’s the vlog of her final day of her run:

On the morning of the final day, I was lying in bed and I said to Anna ‘how does it feel to have made it to the last day?’

She said nothing, but instead leapt out of bed and danced and shook her bum like some native African dancer would do around a fire.

When she left the bedroom and went downstairs it was time to get my surprise ready for Anna – a brownie outfit. It’s what the Girlguilding community used to wear about 10 years ago or so (it was a last minute shop on Amazon and it was the best I could find!)

With Anna being the one and only national UK girlguilding ambassador, it was only right that I showed my support by dressing like one.

After all, when I ran across America dressed as Adventureman, Anna did the same for me, flying out a fair few times to join me in her own superhero get up. True story: 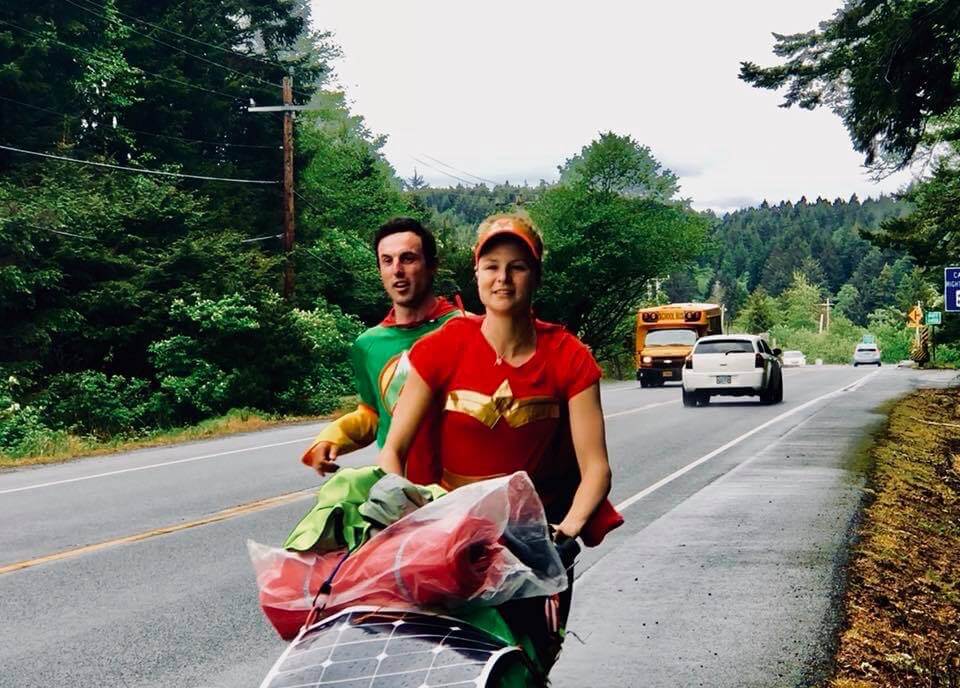 As I put the brownie outfit on I realised it was one of those weird sexy ones, and the skirt was short. I blame Amazon.

Walking down stairs to surprise Anna, she spotted me and said ‘OMG, what do you look like?’ And she then began hysterically laughing.

An hour or so later, we arrived at the start line of the final 6 mile run in Kingston (Greater London), – where people had started to gather together. There were hundreds of runners.

Some had even travelled over 800 miles from Scotland to be there.

It was amazing to witness, knowing that after 6 months of Anna’s slogging, giving talks to the girlguilding community showing them ‘anything is possible’ – it was all coming together. That morning was a time when the people of Britain could give something back to Anna, just by turning up.

It was a very different perspective for me, as normally I’m in Anna’s shoes, but this time I was able to take a step back and appreciate the magnitude of the impact an adventure can have on the people who follow it.

Especially on the Barefoot Britain adventure, as it was Anna doing something incredible on her home turf.

Being honest, I don’t think words will do it justice, I think it’s just best if you watch the video and you’ll see what I mean at the end of the video about the ‘staying grounded’:

As Anna’s partner in crime and seeing what she had to put her body through, her feet through, and to see the emotional ups and downs, I felt seriously proud to see her make it to the final day.

Aside from Anna’s adventures, she is an amazing author (far better than I am!), so if you’d like to read any of her books, or listen to them on audio, visit her website and get ready to laugh out loud and be inspired to do more. 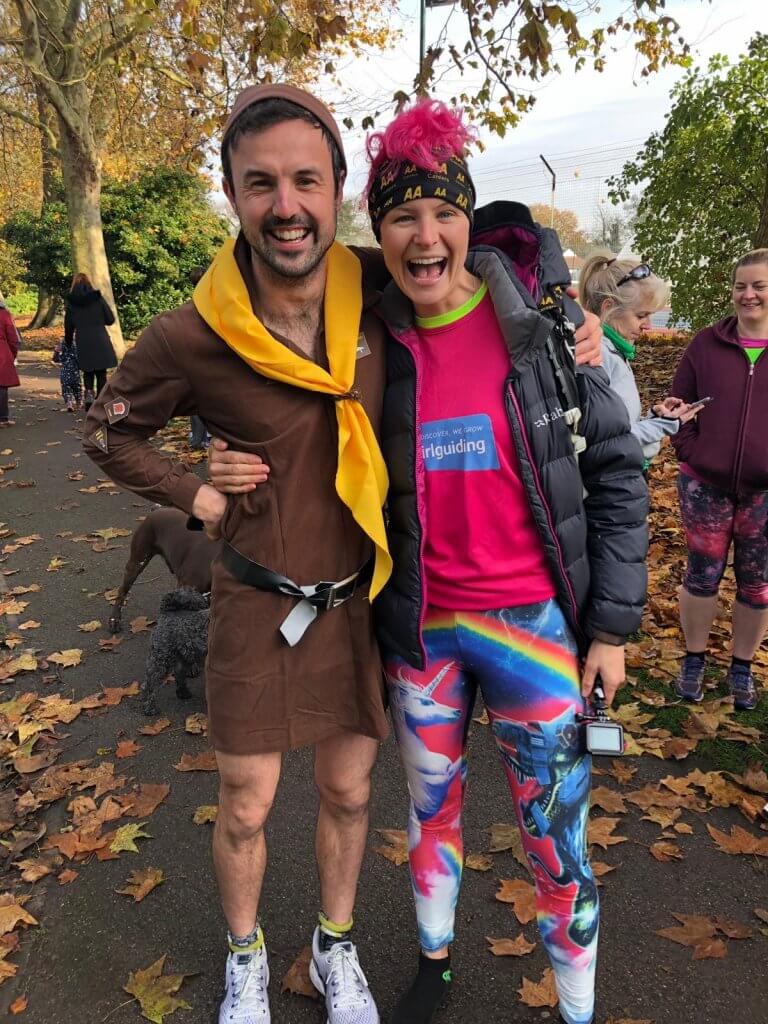