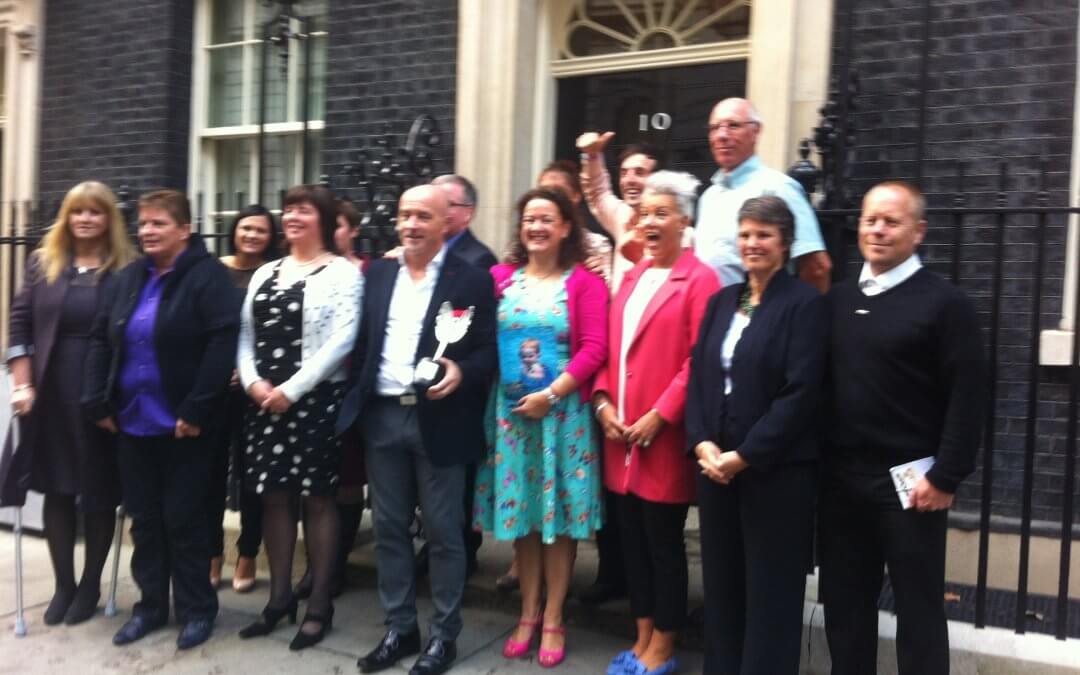 Where do I start when talking about the last 24 hours of The Pride of Britain Awards?

During the train ride over to London, my stomach was in knots (in a good way I think – at least now looking back on it!). The nerves seemed to settle when I arrived at our very posh Cumberland Hotel to meet up with all 16 other nominees in my category: Fundraiser of the Year.

Little did I know, that meeting all these incredible people, hearing their stories – was, and will be, the most memorable and inspiring part of the experience. I still can’t wrap my head around being alongside these people.

After the briefing, Mum turned up in hysterics because there were tons of train delays, and she only had TWO HOURS to get ready. Once she slapped the lippy on and got all glam (and she really did look incredible!) she was sooo excited, and very proud.

We walked the famous red carpet, there weren’t any cameras going off though, or any screams from fans – but we did enjoy the moment.

The place was seriously fancy, and our three course meal was awesome. Even got the chance to try caviar out. I did say fancy.

As for the celebs, they were everywhere, so I got a few cheeky photos, including one with Phillip Schofield, and to my Mum’s delight, we managed to get a photo with Fizz from Corrie. I went to get one with Simon Cowell and Cheryl Cole, but I chickened out and didn’t want to bother them.

As they were rolling out award after award, Carol Vordenman read out the winner for our category. I never thought I’d win, but seconds before, I suppose I hoped. When she read out “and the winner is.. Tony Phoenix-Morrison”, I’d be lying if I said that I wasn’t gutted. After a few minutes, my human side appeared, and I was really happy for Tony. About Tony, he runs with a fridge on his back, yes, a FRIDGE – raising money for cancer. An incredible human being, with a really big heart.

My Mum turned to me, an hour later, and said “I hope you’re ok J’, me and Dad spoke about this, and we agreed that now doesn’t feel like the right time, you’ve got so many more years ahead of you.”

What she said to me in that moment, was perfect.

We continued drinking free beer and wine, watched all the people get up there and made us proud to be British.

Along with some ridiculous dance moves later on in the evening – we (kind of!) like dancing like no ones watching.

We were told that we had a very short time with him, so don’t mess about, be direct and tell you what you want him to hear, you only have 30 approx seconds with him.

As he approached, I was a little nervous so I thought I’d break the ice and be truthful. So I said, “David, I’ve been necking your Ribena the last hour, like it’s going out of fashion.” It got a laugh, and so, slightly less nervous, I then shared my story with him. As you can imagine, a really special moment.

All said and done, I’ve never felt so motivated, and inspired, by all the people I’ve met and seen in the last 24 hours.

Thank you for all the lovely messages, they all mean the world to me. I might not have won this time, but as Sharon Davies said – it is just such an amazing platform to be recognised for doing something I love doing. And as my mum said – I have so many more years ahead of me considering I hope to be fundraising for the rest of my life.