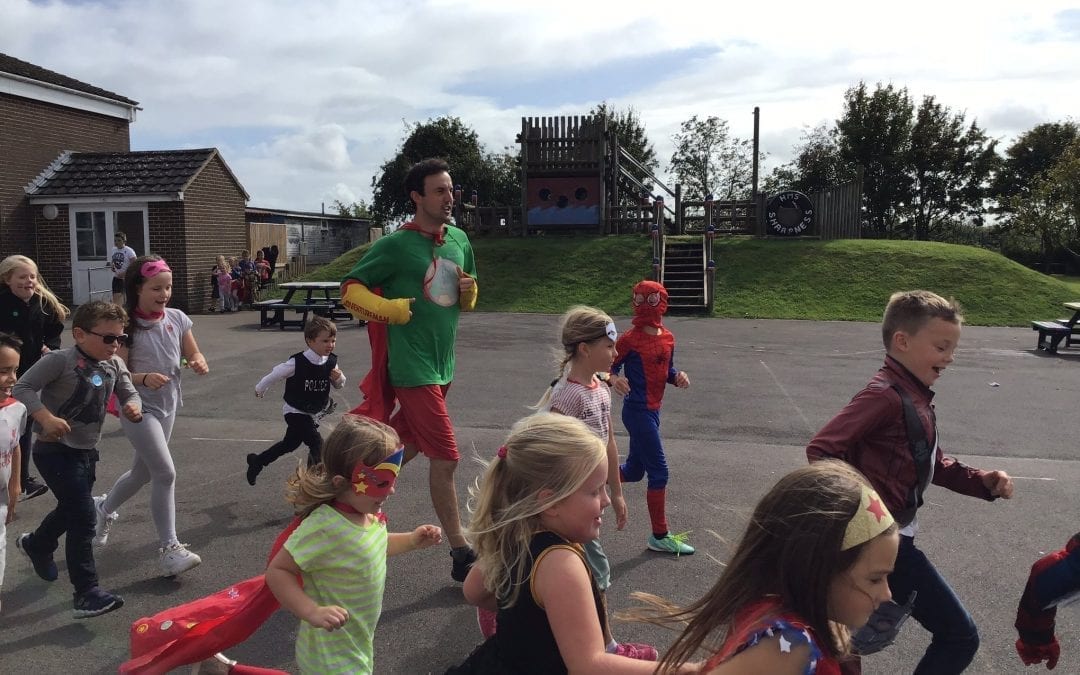 All of the Gloucestershire schools were entered into the competition, and as Sharpness Primary were the winners, as a gift I went there to be their Adventureman and be a motivational speaker at the school.

The teacher told me, ‘over the last month or so in preparation to you coming to visit, we’ve been showing the children your YouTube videos and talking a lot about the reasons you do what you do.’

After all said and done, it was only right to finish off a mile run around the school grounds, with all the children dressed up as Superheroes! 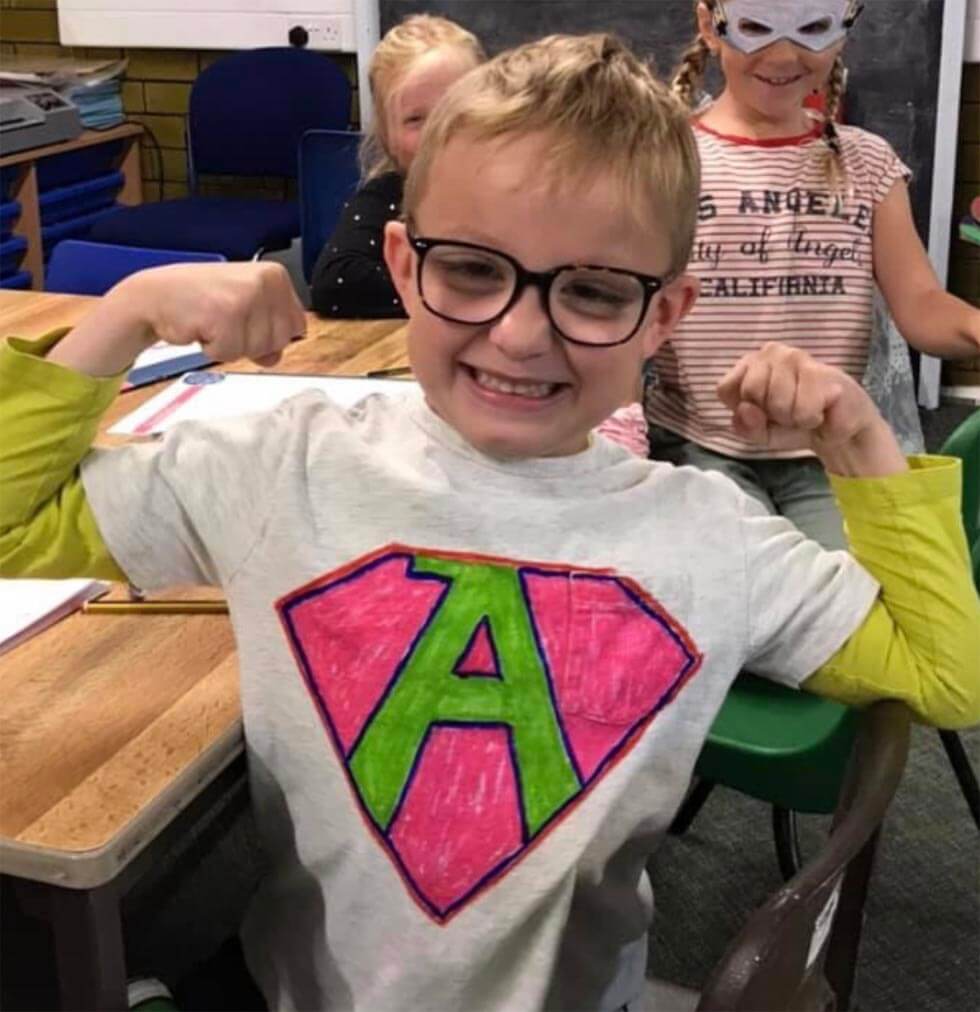