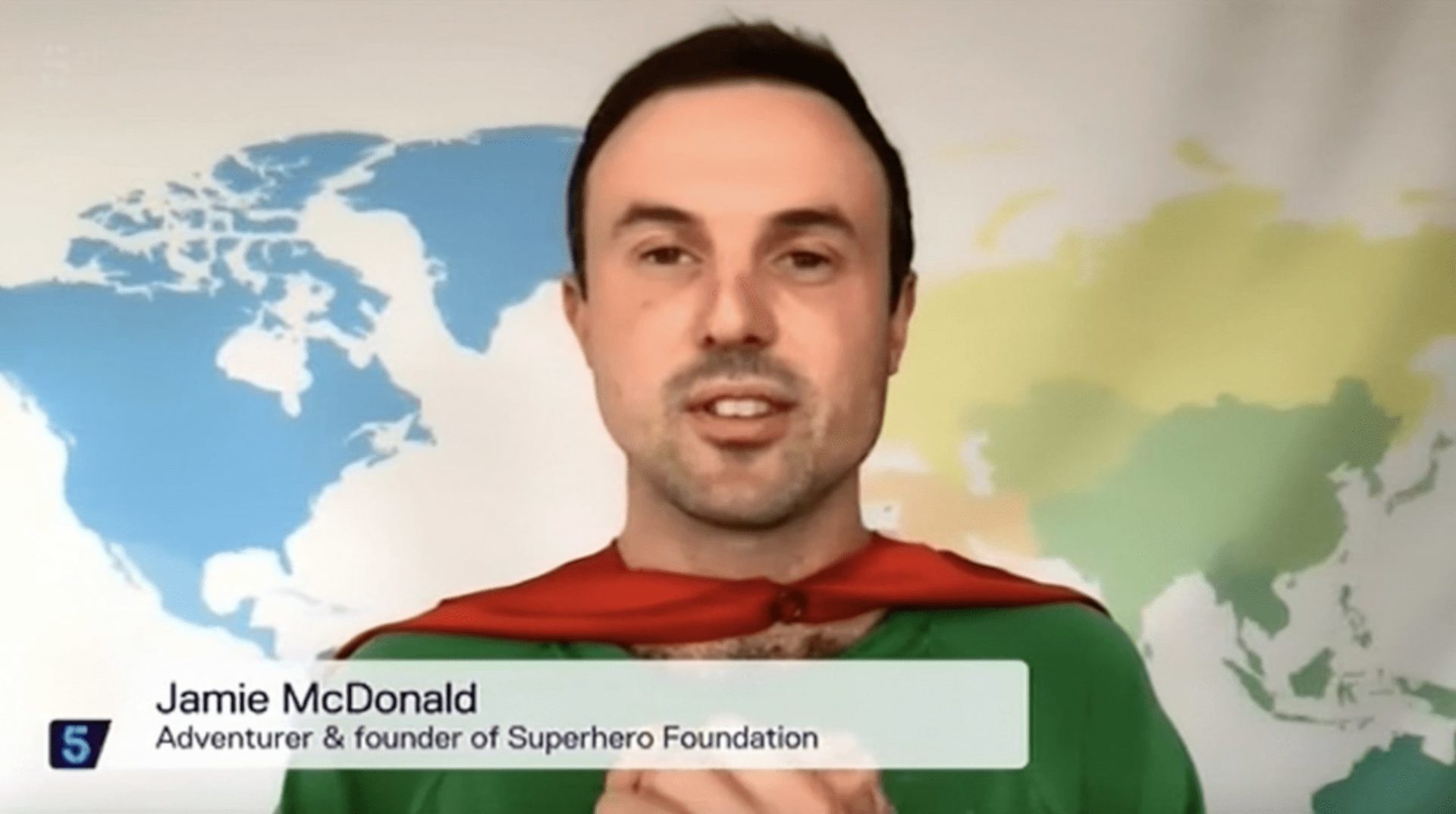 It was a dream that was bigger than we ever imagined.

About a year ago, the Walton family got in touch because they needed to hit a £100,000 fundraising target for their daughter, Amelia.

Amelia-Rose was diagnosed as a baby with Spastic Paraplegia (HSP). It’s a rare degenerative disease that means she suffers with pain in her legs and has limited use of them. Doctors said that she would likely end up in a wheelchair for life.

Despite that diagnosis Amelia kept saying that her ultimate dream was to, one day, walk her little sister, Chloe (who is a rockstar) to school.

The Walton’s only hope was an SDR operation, being offered in the States – it would be a long shot, but if we raised enough funds for the operation, it would give Amelia the best chance of walking, and ease her pain in the process. With our charity, we’ve done it before, and I felt like we could do it again.

Mum, Tanya, and Dad, Ben, have now been fundraising for Amelia for the past three years – Ben even took on a huge 300km trek – (which he did in just three days!).

They eventually did hit the whooping £100,000 target (see here). It hugely helped when we got a special donation from SGS, too.

They flew to America and the SDR operation for Amelia was a huge success.

As a result, Amelia’s dream to walk her little sister to school was suddenly within reach and she did it magnificently well.

It started with Claudia-Liza Armah, introducing me and of course I give it the bigg’un so I said on camera, ‘Any old excuse really isn’t it, just to dawn the superhero suit. Have you got yours on?’

Claudia replied, ‘Oh honey, I’m no way near the superhero you are. I don’t deserve to wear it, but you definitely do. How did you come to hear of Amelia-Rose and help her the way you have?’

I replied with, ‘Well, so to be honest, I haven’t really done that much It’s down to the family really. What we do with Superhero Foundation really is just give the families the best platform to raise the money that they need. And we did that. And you know, it’s not like anything. Britain’s just so amazing that it wasn’t long before they got on board. And especially where I live in Gloucester and Cheltenham, they just supported the family and we hit the £100,000 pound target, which is pretty phenomenal.’

Claudia nicely replied with, ‘You are so humble. I didn’t really do much except to help them get the money they need for her to get the surgery she needed so she can come out of the wheelchair. But I guess when you heard Amelia-Rose’s story, you completely related to her because this is something that happened to you at five years old?’

I said, ‘Yeah. I remember when I was five years old and I was lying in bed and I looked down at my legs and I couldn’t move them and it was a really scary time. My mum and dad was with me and they were crying and I just didn’t know what was going to happen. And eventually I was diagnosed with a rare spinal condition called Syringomyelia. So sometimes I couldn’t move my legs and had an immune deficiency. So I was pretty sick, but it was kind of down to the hospital really, and the nurses and the doctors and, and moving as well. I love to move and so I think that kind of helped. And gradually the symptoms disappeared. And I got my health back when I was about nine years old.’

I continued, ‘So yeah, about eight years ago now I went to go and sign the papers to put a deposit on a house. And I went to get it and I just got this gut feeling in my stomach where I was like something’s wrong and I pulled out and I didn’t get it. And I just felt like there must be more to life. And that’s kind of where my journey started really.’

Claudia replied, ‘And it is with that money that you were supposed to use to buy a house, nobody would regard you doing something like that. It’s literally what many of us aspire to do. You decided to take that money and give back to those in need, particularly at the hospital that helped you out all those years ago.’

I came back with, ‘Yeah. And I bought a bicycle for 50 quid at the newspaper. It was one of the worst points known to man and then when my 20,000 pounds for the house that I saved up, I then went and cycled 14,000 miles from Bangkok back to Gloucester, back to the hospital, in a pair of flip flops. Bit daft, but it did raise in the end 20,000 pounds and it’s kind of blossomed and I’ve done adventures running across Canada, across America, all dressed up in this disgusting and one Adventureman suit, but it’s raised over a million pounds now for sick kids and journey continues and I get to meet families like the Waltons and meet kids like Amelia-Rose.’

Claudia then asked the golden question, ‘Okay. What was it like seeing Amelia holding her little sister’s hands and walking to school?’

My final words to Claudia were, ‘You know, I remember meeting the family and that was the dream, the dream to get her walking and to walk her sister to school. And we just thought let’s go for it. And so, to see that kind of idea and seed, then to suddenly watch the video and see it happen and see the dream accomplished just warms my heart.’

Having been sick as a kid myself, and told that I’d end up in a wheelchair – being able to run across countries as an adult makes me feel very proud. But what makes me feel even prouder is watching kids like Amelia-Rose take steps towards overcoming that kind of diagnosis too. I hope that the charity can help many more kids do the same in years to come.

And hey, later on down the road you never know, Amelia might end up donning a superhero suit and running across countries, too.

If you didn’t watch the video above here it is again:

If you’d like to know more about the charity, Superhero Foundation, you can here.

Lots of love as always!