What: Adventureman broke the world record for ‘the greatest distance covered on a treadmill within one week’
When: From 1pm, Monday 29th April 2019 – 1pm, Bank Holiday Monday 6th May 2019
Where: Merchants Square, Gloucester Quays, United Kingdom
Old record: The greatest distance run on a treadmill in one week is 513.97 miles (827.16km) and was achieved by Marcio Villar (Brazil) at the Américas Shopping in Rio de Janeiro, Brazil, from 28 June to 4 July 2015
New record: Jamie managed to reach 524.4 miles (843km) beating the record by 10.30 miles
Charity: a whooping £61,000 was raised for Superhero Foundation, a charity that supports sick kids 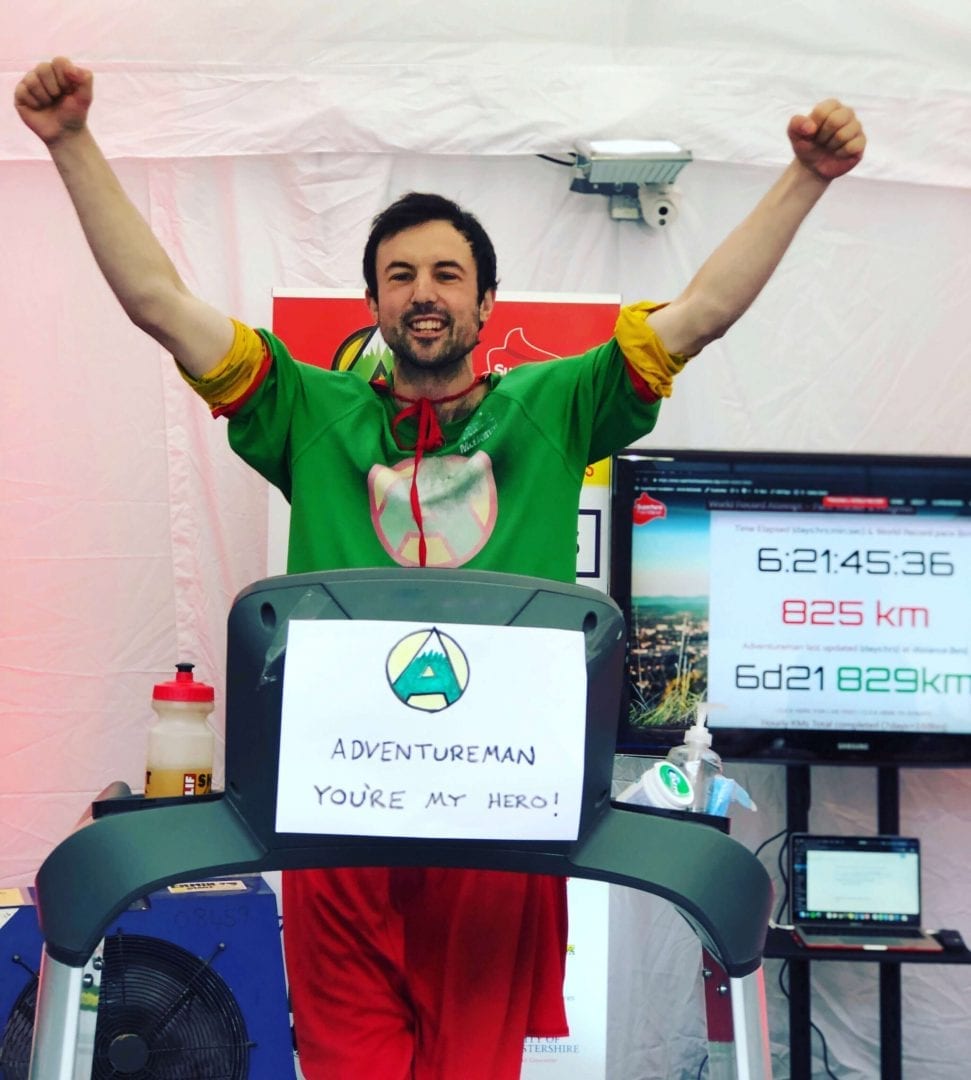 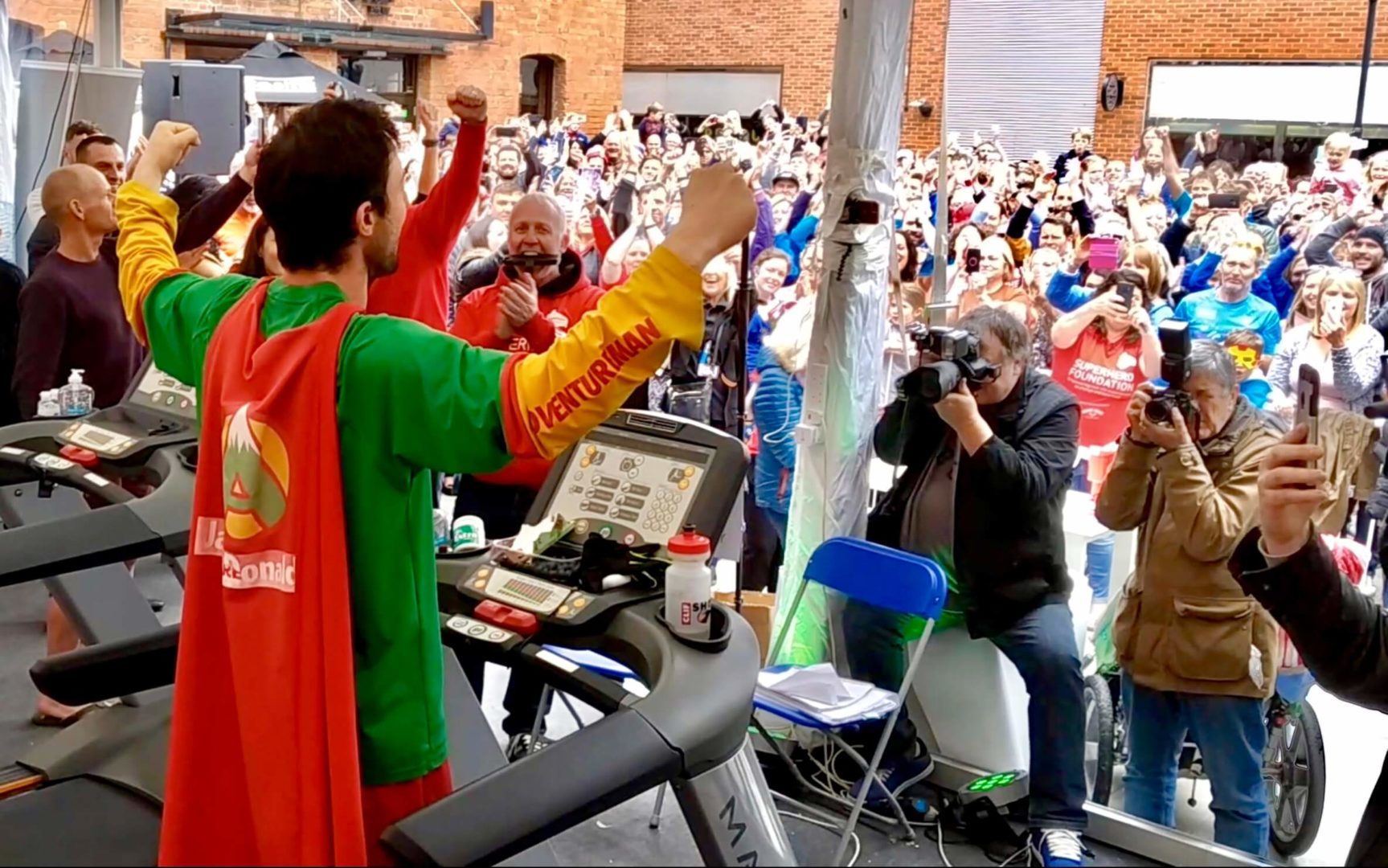